GM and Toyota may have ditched their plug-in cars, but other manufacturers haven't. There's a wide range of tiny, cheap, customisable EVs on the market today. For instance, there's the It Sedan: 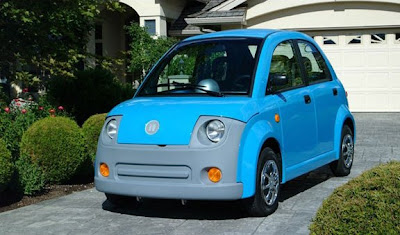 Or the Indian-made Reva: 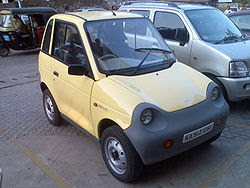 Or Daimler-Chrysler's E2, as driven by the Italian Police: 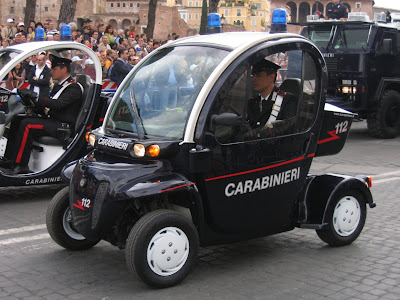 These are really sensible, inexpensive cars that are perfect in Europe, but Americans would just make fun of them. If you want a "normal-looking" electric car, what do you do?

The answer lies with the Prius. The standard Toyota Prius has a button that allows it to run in electric-only mode, but it doesn't go very fast since it doesn't have enough batteries. Luckily, a company in California is hoping to sell a modified version of the Prius, the Prius+. By adding extra batteries and hacking the firmware, they've made a Prius that plugs into 120v power, getting economy of 100-150 mpg. You could drive it to work and back without using a single drop of oil. Conversions are expensive at the moment but if oil prices head through the roof, the large installed base of retrofittable hybrid cars could provide a window of adoption for electric vehicles. (Link: http://www.calcars.org/vehicles.html)

The back of the Prius+
Rumour has it that Toyota is now considering building a fully electric vehicle themselves.
-- by Roland

I definately have the same feeling here in Europe (Denmark, to be specific). The ball has slowly started to roll.

The conservative government in Denmark project that renewable energy will constitute 80% of electricity in 2025 if oil prices remain high (high = $50/barrel in 2004 dollars) and CO2 credits also remain high (Kyoto mechanism). This seems like plausible scenarios...

The reason is not ideology (quite the contrary!), it's economics, stupid ;-) Wind energy will be cheaper than coal power.

The reason is not ideology (quite the contrary!), it's economics, stupid ;-) Wind energy will be cheaper than coal power.

That's the real reason why fossil fuels are doomed. Their cost works on a whole different paradigm to renewable energy.