It's been a while since I last checked the PO situation, but I did a bit of browsing recently, and it seems that PO has, well, gone down the toilet.

I first started following peak oil in August 2004, and when I first heard the hype, I immediately thought "here we go, this is Y2K all over again." As it turned out, I was right.

The landscape is littered with the detritus of failed Peak Oil theories... Remember Matt Savinar and LATOC (Life After the Oil Crash)? Perhaps this will refresh your memory: 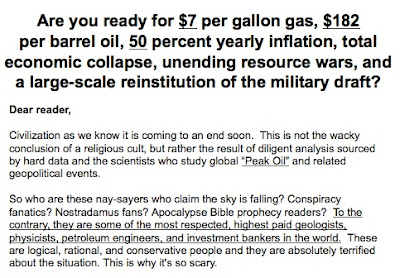 Matt was ruling peakoil.com 9 years ago, being cited in the Congressional Record, and lecturing me on what a doomed, oblivious asshat I was for mocking peak oil. Now LATOC is defunct and Savinar is working as an astrologer in San Francisco: 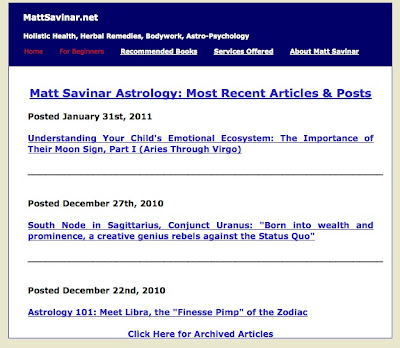 Remember the Olduvai Theory? Twilight in the Desert? die-off.com? Ace's predictions at the Oil Drum? "A Nose Dive Toward the Desert"? Plummeting EROI? The Export Land Model? All crashed and burned...

And now, to put the icing on the cake, The Oil Drum--epicenter of the most solemn, quantitative hand-wringing in the Peak Oil world--is signing off due to a devastating and total loss of credibility/interest. 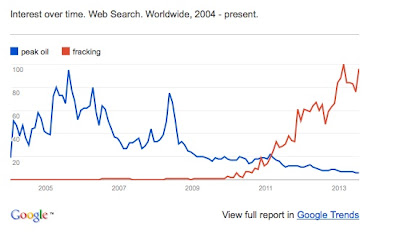 Thanks to fracking, we're swimming in hydrocarbons. US oil production is rising again.

The Saudis aren't running out of oil due to the watering out of Ghawar and the "Export Land" effect. On the contrary, they are starting to crap their pants about collapsing demand for oil due to the glut created by fracking. 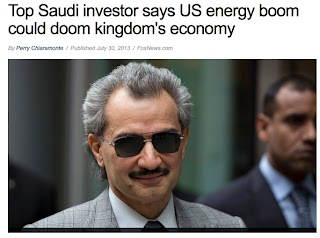 Let's face it, the "cornucopians" were totally vindicated, and the "peak oilers" turned out to be a bunch of Chicken Littles! 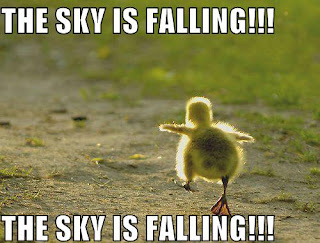 Just like Y2K, you would have been better off listening to your senile old grandma, who said it was all a bunch of hype, than all the overly-concerned "scientists" like Deffeyes and "researchers" like Heinberg.

Now, you may be wondering: How in the hell did I, JD (the author of this blog), know that Peak Oil was a farce, and wouldn't happen? The answer to that is very simple, and I wrote about it in #128 many years ago: The collapse of modern civilization is too good to be true.

We are certain to see more of these "Chicken Little" scenarios in the future, so (with a hat tip to Jean Baudrillard) let me leave you with a helpful rule:


JD's IRON LAW OF MEDIA EVENTS: The probability of any disaster scenario occurring is indirectly proportional to the degree it is hyped by the media/Internet etc.